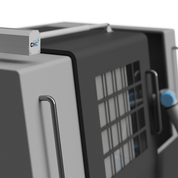 Odense, Denmark, August 23, 2021: Currently only a small percentage of the industry’s CNC machines are automatically fed components. Most of the world’s CNC machines rely on either the operator or the robotic arm having to physically open and close the machines’ heavy doors every few minutes. Investing in a new fully automatic CNC machine or upgrading an older model can be a tall order, both in practical and financial terms.

Made4CNC’s first official product, the new Safedoor SD100 removes the barriers to the automation of component feeding at machine shops. Safedoor SD100 opens CNC doors that are up to 1 meter wide and weigh 400 kg, at a speed of 500 mm/s. The door opener can connect to any robot and CNC machine make via galvanic insulated digital inputs and outputs.

Several end users and distributors have already caught the scent of a killer app and have started deploying the solution. The team behind Made4CNC, Thomas Visti, Lasse Kieffer and Peter Nadolny are three professionals well-known for disrupting the robot industry, having played integral roles in the success of Danish robot companies Universal Robots, OnRobot, Purple Robotics and Mobile Industrial Robots. 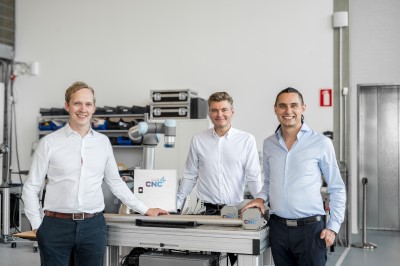 Automation must speed up

When automating CNC machines today, integrators often build “homemade” door opening solutions. But that risks errors, stoppages, and hazardous situations because the solutions typically require compressed air and are neither standardized nor tested. These challenges are overcome with Made4CNC’s fully electric Safedoor SD100 with built-in safety functions that enable the integrator to adjust the speed of the CNC door, making risk assessments easier to conduct.

“Around the world the need for faster and greater automation is a major trend, and for it to succeed, less time must be spent on each installation,” said Peter Nadolny Madsen, CEO at Made4CNC. “With the SD100, we have integrated safety and robustness in a user-friendly solution, which we believe is the key to optimal productivity,” he said, adding that integration of collaborative robots or light industrial robots together with existing CNC machines makes a lot of sense, since the automation of existing machines generate low risk and a short payback period for the customer.

Together with investors Thomas Visti and Lasse Kieffer, Peter Nadolny Madsen established Made4CNC in January 2021. Investor Lasse Kieffer has contributed with his deep technological expertise, while investor Thomas Visti has provided market insight: “Made4CNC has understood what is required to make the process easier,” said Thomas Visti “It’s win-win-win for the end customer, employees, distributors and the manufacturer. I therefore expect that Made4CNC will have established itself via robot distributors and integrators around most of the world in the next 12 months.”

Integrator Nordelektro has installed two Made4CNC Safedoor SD100 door opening solutions at Randers Tandhjulsfabrik. “It took less than an hour for each CNC machine and they are good and stable door openers,” reported Lars Bo Nielsen, factory manager at Randers Tandhjulsfabrik. For Nordelektro, it makes a huge difference that they can provide customers with a standardized solution designed as a solution-in-a-box:
“Safedoor SD100 is a complete solution, which makes it simpler to work with automation,” said Jesper Storm Simonsen, sales manager at Nordelektro. “It is a huge advantage for us as an integrator. We don’t need to invent something complicated and expensive. We have minimum project risk.”

Made4CNC has just entered into agreement with their first American distributor, Thinkbot Solutions: “Safedoor SD100 makes having a job as a machine feeder much more pleasant and easy-going, while the employer will be able to optimize and get a better work flow,” said President of Thinkbot Solutions, Philip Courtois. “Others have tried unsuccessfully to develop a user-friendly door opener. Made4CNC has completely succeeded. I have chosen to distribute SD100 because attention is given to all of the details in terms of the mechanics, software and safety,” he stated, adding that SD100 is certified by the world’s most popular collaborative robot company Universal Robots (UR). “The UR+ certification ensures completely seamless integration with robots from Universal Robots. All operation can be done through the robot’s teach pendant.”

Made4CNC ApS was founded in January 2021 by CEO Peter Nadolny Madsen with investors Thomas Visti and Lasse Kieffer. The trio played a central role in the global success of well-known Danish robot companies including Universal Robots, OnRobot, Purple Robotics and Mobile Industrial Robots. The company is based at Visti Unlimited, an entrepreneurial coworking space, located in Odense, the “robot capital” of Europe. 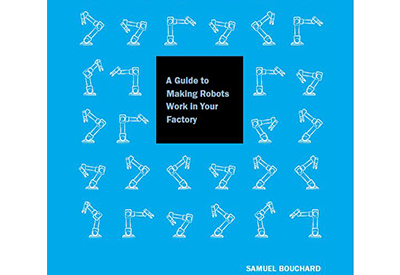 It was winter 2009, and Samuel Bouchard was on a mission to sell his startup’s first product, a robotic gripper, to the automotive manufacturers of Michigan. 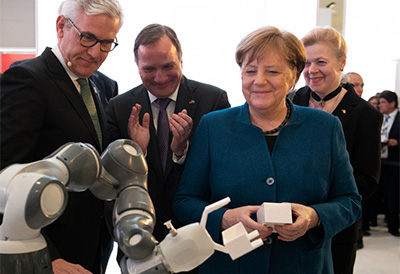 “HANNOVER MESSE 2019 showed that it is the world’s most important platform for all technologies related to industrial transformation,” said Dr. Jochen Köckler, Chairman of the Managing Board at Deutsche Messe. 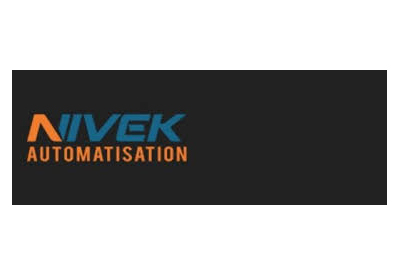 Nivek Automatisation is a forward-thinking company focused on providing advanced solutions that deliver premium performance and flexibility of use. Working across a variety of industries such as Water Management, Wood Processing, Food, Industrial Process, Manufacturing and Minerals Nivek works to provide optimal service. 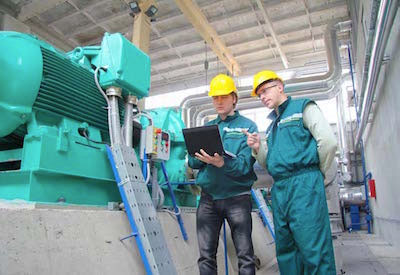 Part 1 of this 4-part series introduced ways in which increasing digitization might improve plant operations. Part 2: how IIoT can improve the productivity of reactive, preventive, predictive and proactive maintenance. Part 3: five converging trends. Here in Part 4: how IIoT is already improving operational profitability. 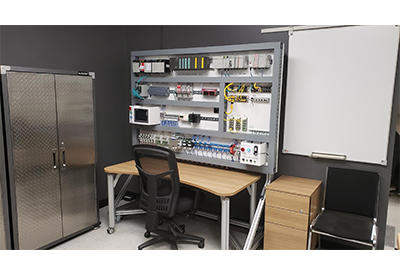 The digital age has transformed the face of almost every industry around the globe and manufacturing has been no exception. Modern industrial automation helps improve speed, efficiency, quality and safety. This gives manufacturers the tools to thrive in the face of increasing competition. The pace of innovation continues to grow exponentially with new technologies being released weekly by the world’s leading robot and automation suppliers.