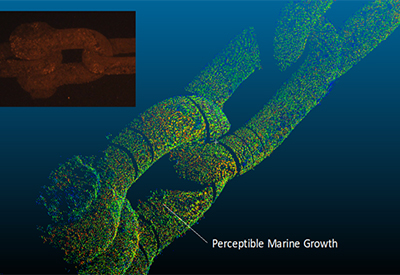 Kraken Robotics announced that following successful trials with Husky Energy, its wholly owned subsidiary, Kraken Robotic Systems, has been awarded funding for the development of a mooring chain laser inspection sensor, for use in offshore oil and gas applications. Under the project, a total of $1.8 million of funding is being provided in cash and in-kind services from Husky ($1.26M) and the Government of Newfoundland and Labrador, through the Innovation and Business Investment Corporation ($540,000). The project cash component received by Kraken will be $720,000.

In October 2018, Kraken and Husky collaborated to test Kraken’s SeaVision 3D underwater laser imaging system as a potential inspection tool for mooring chains at the SeaRose Floating Production, Storage and Offloading (FPSO) vessel. This demonstration showed that Kraken’s SeaVision technology can complete an inspection of a mooring chain and provide all the specifications required by the regulators. Under this new 16-month development project, Kraken will work with Husky to address remaining technology gaps identified, with a view towards future commercialization of SeaVision as a contactless inspection tool for the offshore oil and gas industry.

Mooring chains are a key component that anchor FPSO vessels to the seafloor. FPSOs are commonly used in the oil and gas industry and there are presently two in production off the Grand Banks of Newfoundland (Terra Nova and SeaRose). Today, there are over 250 FPSO vessels deployed worldwide.

A floating facility has multiple mooring legs composed of multiple links, each link is approximately one metre in length and 15 cm in bar diameter. The mooring chains are constantly in motion (up to 1 m/s) through the water column as the floating facilities are subjected to environmental conditions. Asset integrity regulations require regular inspections of the mooring chains at defined regions with millimetric accuracy to monitor for signs of wear and verify system integrity.

Current practice for mooring chain inspection requires a large support vessel, to deploy a work class remotely operated vehicle (ROV), which carries a mechanical calliper on its hydraulic manipulator. While the chain is moving in the water column, the ROV pilot must grasp a chain link to perform the required measurement. This process must be repeated several times, sampling several links in each mooring chain. The identified concerns with the current process include: i) efficiency; ii) risk; and, iii) environment.

Kraken’s laser scanning sensor solution will perform contactless mooring chain inspection from a two-metre stand-off distance and continue to provide the required accuracy. The advantages of this solution will be: i) speed: SeaVision® only requires a few seconds to measure a single link; ii) safety: contactless measurement at distances of two metres; and, iii) reduced environmental concerns: SeaVision® is an electro-optical piece of equipment.

Subject to successful trials and acceptance by certifying authorities, Kraken’s laser sensor technology will be offered to the oil and gas and offshore wind markets by Kraken as an inspection service, with applicability for all floating assets permanently moored to the seafloor.

With respect to the oil and gas market, it is estimated that the SeaVision® scanner sensor technology would reduce a mooring chain inspection campaign from approximately ten days to two days, which represents a significant improvement in efficiency and cost.

Giving back to the community and supporting the region’s business community has been a core value since Brave’s founding in 2008. We have been a proud supporter of Windsor-Essex First for several years now. Growing and inspiring young minds to pursue STEM and engineering is crucial to the development and future of our region as a technology and automation hub. 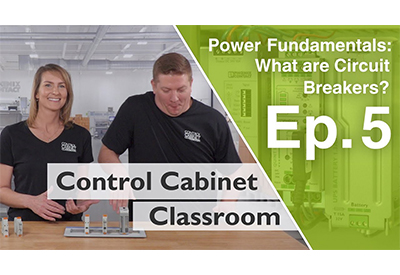 If you’ve ever plugged in or powered up too many things in at once, chances are you’ve managed to “trip” a breaker, causing the power to go out. But have you ever stopped to think about what’s really happening? Just like the breakers in your home, industrial circuit breakers are designed to protect the wiring and equipment that they are connected to, in the event of an overload. Here, we discuss the different types of industrial circuit breakers, how they work, and what they offer.

On January 23, 2020, the IEC standardisation committee SC 48B published IEC 63171-6 as an international standard for Ethernet interfaces using only single pair wires. The T1 Industrial Style mating face described in the standard was included in standardisation by HARTING in 2016 and is now the internationally standardised default interface for SPE networks in M3I3C3E3 environments (industry).

Recently, Verdantix, an independent research and consulting firm with expertise in environment, health, safety and quality, operational excellence and smart buildings, released their Green Quadrant IoT Platforms For Smart Buildings 2019 report. Johnson Controls was positioned as a leader in both IoT platform/application capabilities and momentum for strategic success in the Green Quadrant. The Green Quadrant graphical analysis was created using a flexible multi-criteria model to categorize and compare companies’ Integrated IoT platforms and Applications for Smart Buildings based on 21 key capabilities and six metrics gauging momentum for strategic success.

Rockwell Automation continues to add to its list of achievements in industrial cybersecurity to help industrial companies focus more on transforming their business and worry less about potential cybersecurity risks. The company recently received ISA/IEC 62443-2-4 certification, which defines security requirements for service providers. 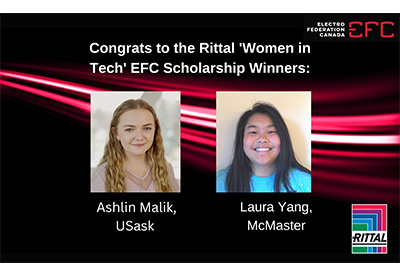 Rittal’s annual ‘Women in Tech’ Scholarships are important as they recognize that women have a vital contribution to make in the fields of Science, Technology, Engineering and Mathematics (STEM) fields.