Solutions that reduce our carbon footprint during production are in high demand. But at the same time, these solutions need to be intelligent and communication-enabled so that they can be easily integrated into digitalised manufacturing environments. Seven years ago, Rittal responded to this demand with its Blue e+ range of cooling solutions and launched extremely efficient enclosure cooling units, which provided on average energy savings of 75 percent. Now Rittal has a new generation – the next generation – but still developed with that same design DNA. These new cooling units with their lower cooling outputs of 300, 500, and 1,000 watts called “Blue e+ S” add to the Blue e+ family, and bring with them additional smart capabilities. And furthermore, this new generation offers innovative energy-saving features for the production process.

What’s behind this energy-saving and therefore cost reduction is the technology used, combining a heat pipe with inverter-controlled components. The heat pipe works without a compressor, expansion valve, or other regulating elements and so does not need any electrical energy except to operate the fan. Depending on the thermal energy generated in the enclosure and the current ambient temperature, cooling can be performed with the heat pipe alone. The additional compressor cooling only operates if a large amount of heat has to be dissipated from the enclosure or if the ambient temperature is very high. And what’s more – when it does operate, it is far more energy-efficient than conventional units. This is because the compressor and fans possess an inverter-controlled drive, which automatically adjusts their speeds depending on the requirements. As a result, the temperature within the enclosure remains constant, and the energy efficiency is significantly higher than with other more conventional cooling units.

Staying cool all the time

Alongside energy efficiency, another feature also reduces the carbon footprint: The new Blue e+ S series uses a refrigerant with a GWP (Global Warming Potential) that is 56 percent lower than those used in comparable cooling units. Furthermore, instead of the R-134a previously used, the cooling circuit in the new generation of units now runs with R-513A refrigerant.

With their additional smart functions, the new cooling units also help in the digitisation process. With a fully integrated IoT interface as standard, the cooling units can be intelligently monitored in digitalised environments and easily connected to Rittal’s new Smart Service Portal. This optimises the service processes and increases efficiency through predictive maintenance. As a result, fewer unplanned downtimes occur which all helps to manage the high cost of production, especially with Industry 4.0 processes.

These cooling units in the lower output classes have also undergone a facelift. Their most striking feature is an integrated coloured LED light strip. This means that warning messages can be immediately seen, even from far away. A display on the front of the enclosure provides additional up-to-date information. Moreover, the cooling units are equipped with the familiar NFC interface, which enables them to communicate with mobile devices that have the Rittal Scan & Service app installed. 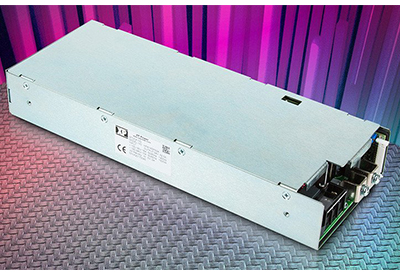 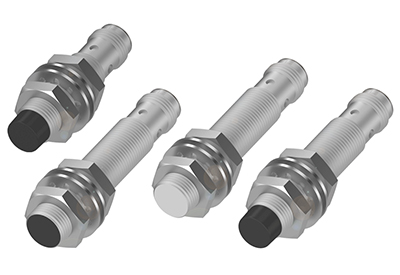 Balluff’s new generation of high-precision inductive factor 1 sensors accurately detect ferrous (iron-based) metals like steel and non-ferrous metals like aluminum and brass at the same rated switching distance. Typical inductive sensors have a reduced range for non-ferrous metal, requiring a correcting factor to calculate their switching distance. Not so with Factor 1 sensors; they detect both types of metal with no correction factor needed. 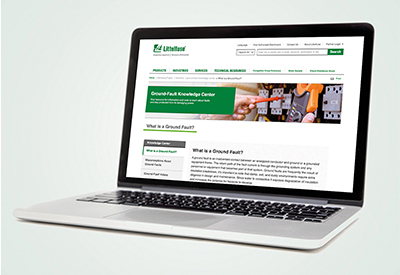 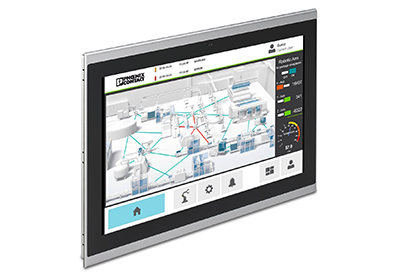 The new WP 6000 web panel product family from Phoenix Contact is a flexible platform that carries out operation and monitoring tasks efficiently. The web panels are scalable across display sizes and offer flexible mounting options.

Thanks to the innovative 3D snapshot technology, Visionary-S 3D vision sensors from SICK offer maximum flexibility for countless applications in factory automation. Based on the stereo vision principle, with the Visionary-S, SICK is offering solutions for the highest demands on accuracy and speed, even for stationary applications. 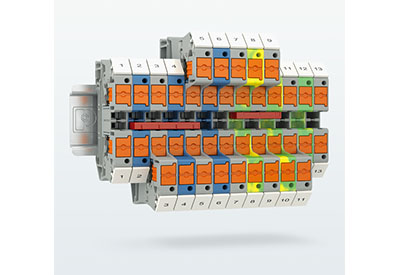 The PTV terminal blocks with lateral conductor connection from Phoenix Contact enable clear wiring without bending radii. You can also affix and read off the connection and conductor marking more easily as a result.