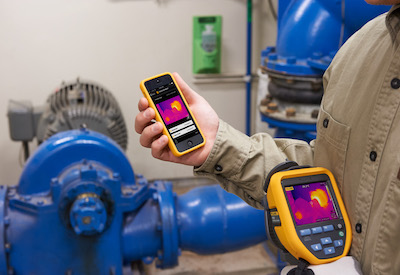 Infrared thermal cameras are a great additional to a preventive maintenance program. They’re easy to use and can help you find where issues are within your electrical system. Thermal cameras often have a point-and-shoot design with the IR image displayed on a screen on the back of the camera. Other cameras offer a more camera-style design that often has an articulating camera lens so you can point it exactly where you need to scan.

Choosing a camera with the right features for your needs can help make sure your preventive maintenance program works smoothly. Some cameras, like the Fluke Ti401 PRO thermal camera, offer a combination view where you can increase or decrease the intensity of the thermal image overlaid on the visible image.

Infrared cameras can capture thermal information without touching the target, making them a good choice for inspecting the integrity of electrical systems from a safe distance to diagnose

When performing thermal scans, it’s important to keep a few things in mind: what you’re scanning, what a thermal camera can see, and load requirements. An electrical system can have hundreds of different pieces of equipment. Starting with the utility electricity production, high voltage distribution, switchyards, and substations flowing through the end with service transformers, breakers, meters, switchgear, and appliance panels. Using a thermal infrared camera to help with maintenance can help pinpoint where an issue is within an electrical system.

Infrared cameras cannot see through electrical cabinets, or around solid metal. Whenever possible either open enclosures or install IR windows throughout your facility. IR windows are permanently installed into panels or cabinet doors to allow for a thermal camera to screen inside without needing to open the door.

If you are unable to open the cabinets or panels during a preventive maintenance walkthrough, make sure to note any doors with abnormally high temperatures on the outside surface of the enclosure. When that temperature is raised, it’s usually higher, much higher, on the inside of that encloser. Circle back with proper personal protective equipment (PPE) and investigate further in those cases.

When walking through your facility making thermal scans, it’s important that the systems you’re checking are under load. Complete your inspections at peak loads, worst case scenarios, or when the load is at least at 40%, as NFPA 70B suggests.

The heat generated by loose connections or overloaded circuits rises as the load does; the higher the load, the easier it will be to spot the problems. And don’t forget to take into account any cooling effects of wind, air conditioning, or other air movement. 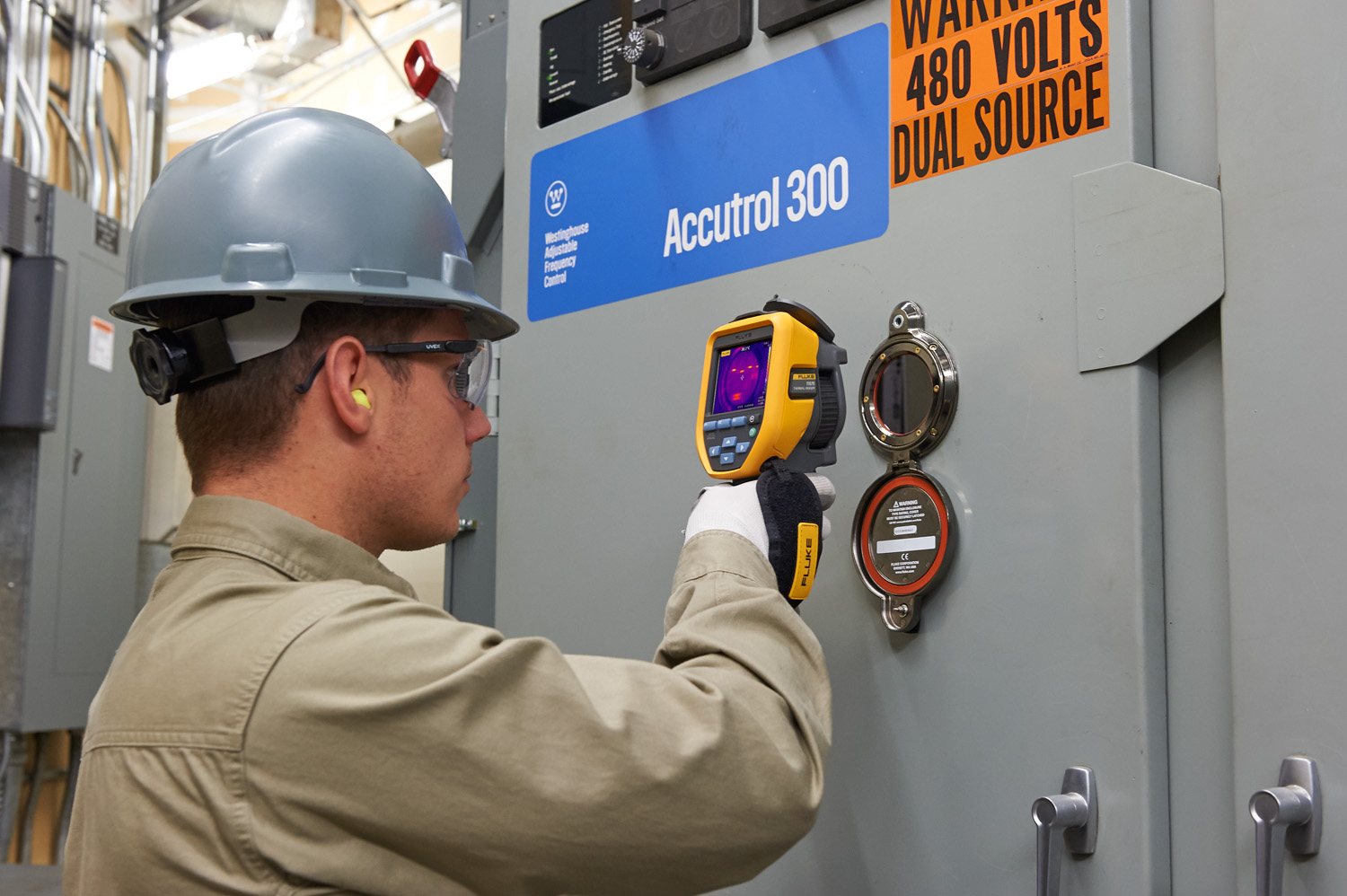 Take thermal scans of the inside of cabinets or panels with IR windows.

Additional heat can be the first sign of an issue in an electrical system. Thermal cameras allow you to catch those temperature spikes before they wreak havoc, as long as you know what you’re looking for in a thermal scan.

When current flows through a circuit, part of the energy is converted into heat; this is normal. But when there is abnormally high resistance or current flow, the amount of heat generated is above and beyond the normal amount. Not only is this wasteful, but it’s also potentially damaging to assets.

Thermal cameras enable you to see the heat signatures that come along with high electrical resistance long before the circuit heats up enough to cause an outage or explosion. There are two basic thermal patterns related to electrical failure. Look for a high resistance caused by poor surface contact, or an overloaded circuit or multi-phase imbalance problem.

A switch or connector contact that isn’t secure may be producing additional heat to get enough current flowing through. Thermal imaging can catch when those connections are heating beyond the normal so you can make sure they’re fixed before damage is caused. Be aware that the point of heading may be very small in these kinds of situations, sometimes less than 1/16″ when the problem first begins.

Conducting regular preventive maintenance routes and scanning the connections throughout a facility is important to catch a heating issue early. Some of those problems may show up quickly and need immediate attention. If left with additional heat for too long, the plug or switch can sustain damage, or the asset itself may be damaged.

Overloaded circuits are another common problem to watch out for, whether it’s a total panel overloading and requiring immediate attention, or even circuit breakers overheating showing that the entire electrical system needs to be redone. Using a thermal camera, you can pinpoint the different temperatures above ambient across a panel. Even if the wires appear blue in an infrared scan, they may still be above room temperature, which shows a problem that should be investigated.

As with contact issues, an overloaded circuit can be a smaller piece of a scan. If you’re looking at one line of a controller that is hotter than the others, you’ll know there’s something wrong that needs further investigation. Doing regular thermal scans, not only to look for hot spots, but to compare the thermal images over time, can help you catch these kinds of issues before they seriously impact the asset or utility bills.

Justin Sheard is a Senior Engineer and Application Specialist with the Fluke Industrial Imaging Group. He has more than 20 years of experience designing handheld electronic products; www.fluke.com.

Industrial manufacturers require production reliability and continuity.  However, a wide range of conditions can make this challenging – from unexpected emergencies, power grid failures and blackouts to partial plant shutdowns for maintenance, upgrade, replacement, or expansion. 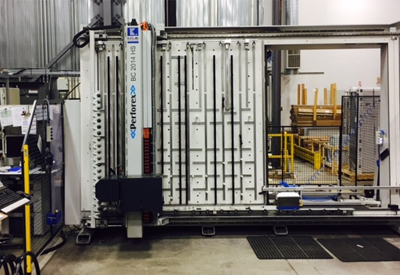 Flexibility and rapid production are two of the main demands placed on panel building and switchgear manufacturing today. The Spanish company “Vidal Automatización y Control” had also been facing up to these challenges and was looking for ways to increase the efficiency of the processes along its value chain.

Productivity, efficiency and quality are the three watchwords for the new dawn of the industrial internet of things (IIoT). 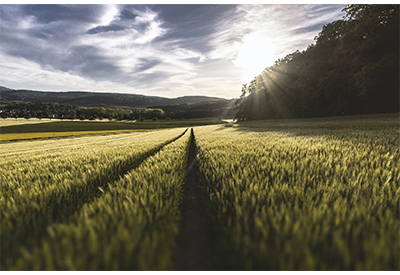 In times past, farmers were at the mercy of the elements to determine a successful yield of crops. As the global population grows and consumer preferences evolve, today’s modern farmer must also consider the scarcity of natural resources, the threat of climate change and the growing problem of food waste. Here, Darcy Simonis, Industry Network Leader for food and beverage at ABB, explores the rise of the smart farm and the electrical considerations that accompany bringing farming into the digital age. 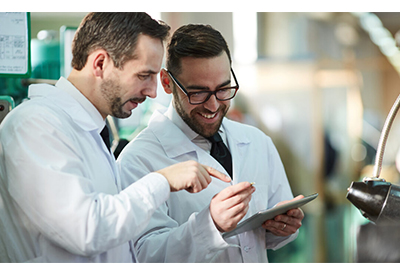 Take a look at your production facility. Each step in the process has the potential to produce valuable data that can be captured, analyzed, and used to make stronger and more effective decisions. Leading manufacturers are leveraging this data to identify trends, mitigate the impact of downtime and maintenance, increase output, and reduce costs. By taking a strategic approach to data and understanding its role in the organization, companies have created a competitive advantage that positions them for future success and growth. 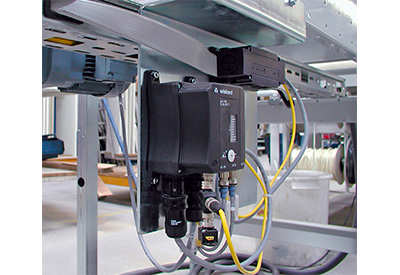 Installation without a control cabinet makes sense anywhere where equipment or drives have to be supplied with energy, or signals have to be transmitted and processed, over long distances. It is particularly suited to large machines and systems and can be used anywhere where cabling from the central control cabinet to the field can sensibly be replaced with power bus solutions and fieldbus communication.